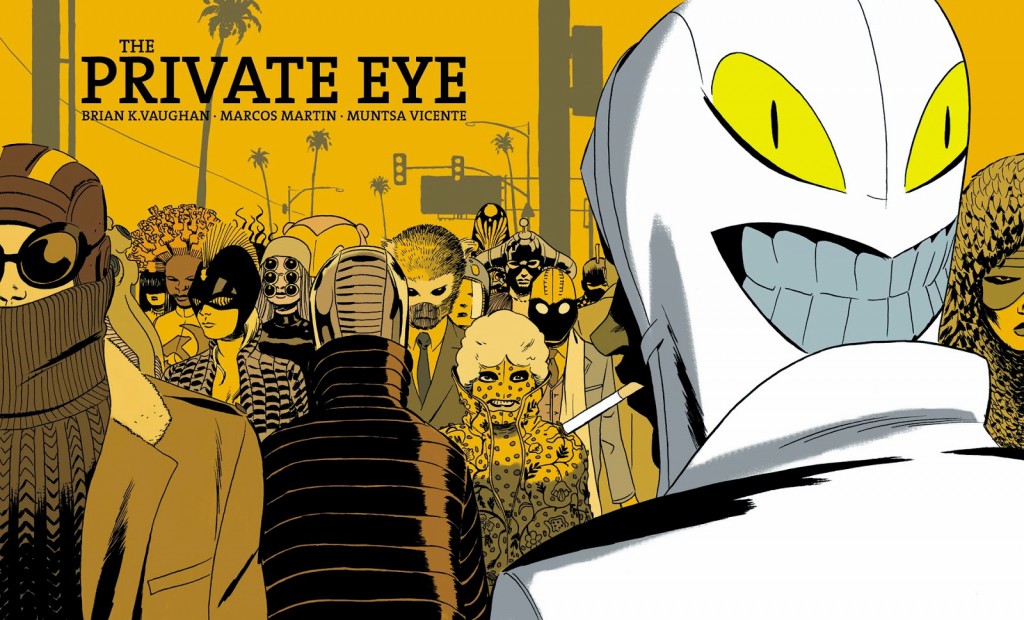 Two years ago, comic book writer Brian Vaughan and comic book artist Marcos Martin teamed up for a 10-volume series called The Private Eye, about a future in which society has abandoned the Internet due to “the Cloud” bursting. It’s the year 2076, sixty years after everyone’s secrets spilled out into the open, and no one wants to own a smartphone or commit anything to collective digital memory. The graphic novel’s hero is a journalist who has to solve a murder (while deprived of the power of Googling) and thwart an evil TV executive. (Without Internet, television is thriving of course.)